I’ve been solidly against these things for so long but finally caved in and decided to get a bag. So what exactly is the difference between one of the cheap Chinese silk leaves from eBay and a Sneaky? Here’s a quick look… 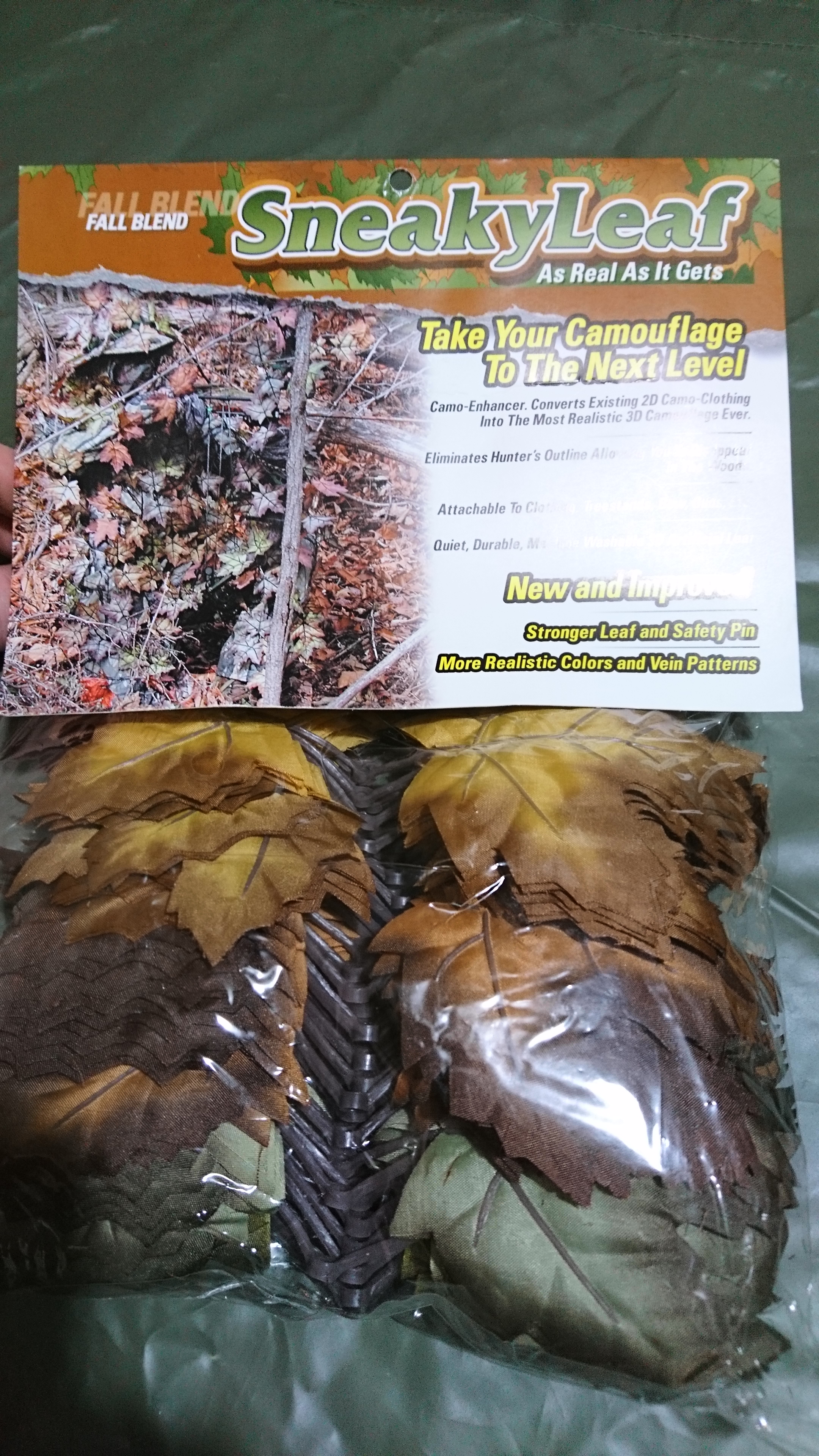 Notoriously difficult to get hold of in the UK, I got a tip off from a friend in the Netherlands that a UK archery company had some in stock and got myself a bag of “Fall Blend” (that’s autumn for those countries who have a proper name for the season). They’re expensive to import from the US, so keep an eye out for European stockists. At the time of writing, I’m looking to make a more traditional grass ghillie for the spring and summer, but my aim is to build an autumnal leaf suit later in the year, so these sneaky leaves are an opportunist buy at the moment. As popular as leaf suits may be, always consider your environment first! 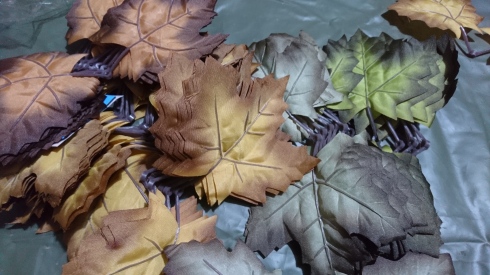 Inside the bag you get 100 leaves in 4 colours. The grey colour is a bit of an odd one, but to be honest, they all seem to me to be a bit bright anyway and will need dyed to dull the colours a little (see leaf crafting). This is why I’ve been put off in the past; it’s certainly an odd colour and more than a little unnatural. But that can be fixed. 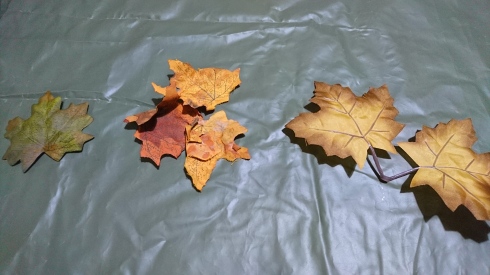 Here’s a comparison between a base Chinese leaf, a couple of test Chinese leaves that I modded a bit, and the sneaky. Although there are 100 leaves in the back, they’re split into 50 pairs and here’s why they work so well.

Those “stalks” add A LOT of depth to the suit, and are easily cable tied on (safety pins are provided, but I don’t like the idea of having a hundred needles on my suit…). So where your leaf suit is generally flat, but with shapes attached, these leaves will stand further off the surface and create shadows and a better 3D pattern. The underside has plastic veins on which helps support the leaf and give it more rigidity.

Just a quick overview really, I’ll be doing more with these later in the year because I really need my summer grass suit doing, but just to show you what you’re getting when you order them.

Big thanks to Thijs for finding a supplier and letting me know!